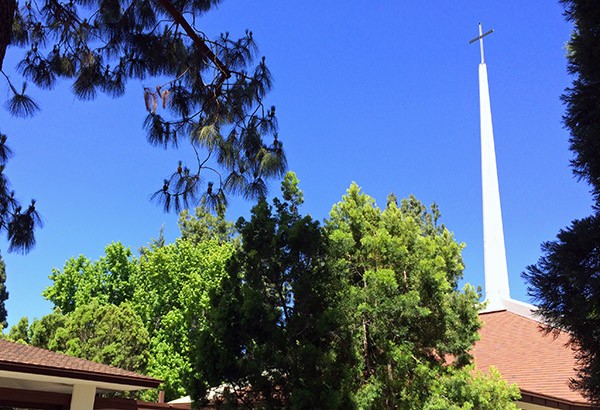 Welcome!
A message from Rev. Tom 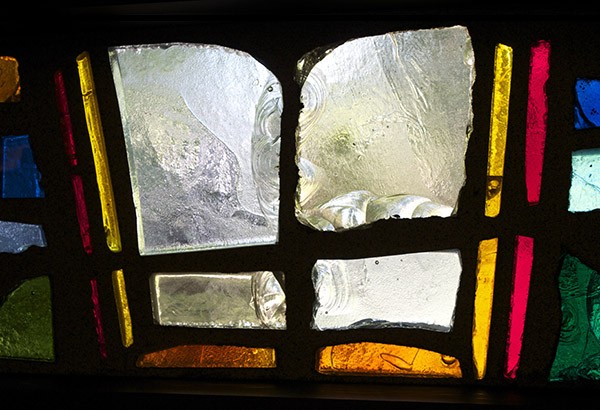 See our monthly newsletter, The Spire, for the latest news from First Congregational Church of San Jose.

First Congregational Church of San Jose is an Open and Affirming congregation, meaning we welcome persons of all sexual orientations, gender identities, and gender expressions into our full life and ministry.

A Disciples of Christ Congregation

The United Church of Christ and the National Council of Churches have filed an amicus brief in support of a prominent UCC minister’s lawsuit against the federal government.

Share on FacebookShare on TwitterShare on Linked InShare by Email

Years ago a colleague of mine, who was the Episcopal priest in the small community we were both serving, offered up a great story in illustration of the parochial tendencies of the rural parish. He had been a newly minted priest in his first charge somewhere in East Goatlick, Montana, where, on one of his first Sunday mornings he found himself in need of a small table in the front of the sanctuary in aid of his children’s moment. As it happened, there was a small table in the back of the sanctuary that met the requirements and Father Dave moved it to the chancel area for the morning service. Apparently, during that children’s moment, a number of the adults got up and walked out of the service. It appears that my friend had unwittingly moved Great Aunt Maisy’s table, a very local, but very considerable, sin. Great Aunt Maisy had placed the table in that exact spot not long before her death at the beginning of the Industrial Revolution and no one had had the temerity to so much as dust it until Dave gave in to Satan’s invitation.

Now, there was something about the recent chapter of Ruth Fletcher’s Thrive that reminded of this story, although it may not appear to be directly relevant. This chapter, Chapter 3, is called Growing and is ostensibly about the way in which thriving congregations offer adults opportunities to engage in life-long spiritual growth. Fletcher discusses the essential stages of human emotional and spiritual development from childhood through adulthood, from dependence to independence to interdependence and perhaps to wisdom. It is a succinct reminder that human beings change as we develop and that we develop best in communities that support us in doing so. “As we mature as adults,” she writes, “we come to see God as both transcendent and intimate, both abstract and interpersonal – a mystery that we will never fully comprehend. We grow to appreciate that other world religions may have perspectives that can enhance our own understandings of God…the separation between the holy and secular disappears – God can be seen in all things.”

Sometimes we have to grapple with either what we have long believed or what we have long rejected, and that isn’t always easy to do, but it can be made more productive in communities where such conversations are encouraged. Fletcher also praises such discussions when they bring in something more than just intellectual exercise. Things like art and music, poetry and movement, can help people find new avenues of reflection as well.

But Fletcher also spends a fair part of the chapter discussing what she refers to as arrested development. Sometimes people have been unable to move beyond an earlier developmental stage and spiritual or emotional maturity eludes them regularly. I think this is what reminded me of the Great Tea Table Tragedy of 1988. It is an extreme example of what can happen when an entire church community loses interest in meaningful development and growth. I’ve never had an experience with a congregation that rivaled that one, but I’ve seen that spirit raise its head a time or two. That’s why, as simple and basic as it seems, churches do well to provide as many opportunities as possible for adults to reflect and discuss and encounter great varieties of practice and thought.

As Fletcher writes toward the chapter’s end, “transforming congregations are places where people connect with their innermost being, with the Spirit that resides within. They are places where they can ask the larger questions and explore the mystery of God. They are places where people discover their vocation and purpose, where they can remember who they are trying to become.” I hope, in the new year, we can find more ways of engaging our own capacities for spiritual growth, both as individuals, and as a community. And may we never be afraid to move Great Aunt Maisy’s table. … See MoreSee Less

Share on FacebookShare on TwitterShare on Linked InShare by Email